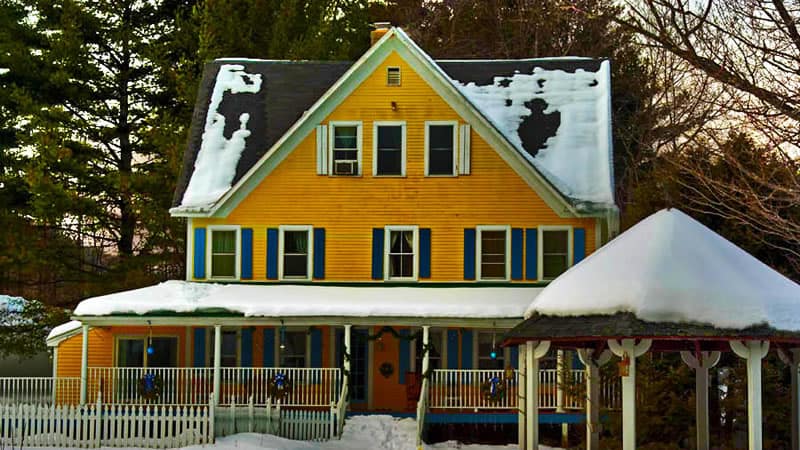 If you’re used to cranking up the heat during the winter and paying the consequences, your wallet might be a little thicker this year.

According to the Energy Department’s annual prediction of winter heating costs, this year’s milder temperatures should cut back on the amount of fuel used to heat homes this winter. In addition, propane and heating oil prices should be lower, which in turn will save homeowners more money.

This prediction is in stark contrast to last year’s harsh winter. Heating bills spiked in 2013 as low temperatures across the country pushed homeowners to abuse their thermostats.

“Temperatures are forecast to be warmer than last winter and that means less demand for heat,” said Adam Sieminski, administrator of the Energy Department’s Energy Information Administration, in a statement.

Lower energy costs give the economy a boost. This winter, some customers could see savings of nearly $800 on their heating bills, according to the EIA. Gasoline prices are expected to soon drop below $3 per gallon on average in up to 30 states. Consumers will have more money to spend on other things, and consumer spending is 70 percent of the nation’s economy.

But it’s probably not wise to spend those hoped-for savings just yet. Some of the conditions that helped bring record-cold temperatures to the middle of the country still exist, according to Matt Rodgers of Commodity Weather Group, which forecasts weather and heating demand for energy companies.

The warm water in the North Pacific that helped push polar air south into the U.S. still remains, he says. There is also more moisture in the jet stream thanks to warmer water in the tropical Pacific that could generate more East Coast and Southeast snow.

The EIA, using forecasts from the National Oceanic and Atmospheric Administration, predicts the number of heating degree days – a measure of heating demand – will fall 12 percent this year.

Here’s the outlook for customers of the four most common heating fuels based on current forecasts.

Natural gas wholesale prices are higher than they were last year, in part because last year’s cold winter drained gas in storage. Storage levels are 11 percent below their five-year average for this time of year. New England prices are higher because there is not enough space on existing pipelines to carry the increasing amount of gas needed in the region for heating and generating electricity.

The average natural gas bill for the October-to-March heating season is expected to fall, to $649 from $680 last year, because customers are expected to use less. Natural gas remains the cheapest heating fuel by far.

Electricity
Electricity prices are heavily influenced by natural gas prices, so they’re on the rise. But electricity customers should use less this winter, resulting in lower heating bills for many.

The natural gas pipeline constraints are pushing power prices sharply higher in the Northeast. The Energy Department predicts northeast power prices will rise 12 percent this winter. Electric utilities in Massachusetts and New Hampshire have warned customers that prices will rise up to 47 percent.

Average bills are expected to fall nationwide however, to $938 from $955. Thirty-nine percent of U.S. customers heat with electricity.

Heating Oil
Heating oil customers will get a big break on their bills, both because of lower consumption and lower prices.

Lower global crude oil prices are helping push heating oil prices to their lowest level in four years. The Energy Department predicts the average price will be $3.63 per gallon, down from $3.88 last year.

Only 5 percent of U.S. households use heating oil, but they tend to be in very cold areas, especially in the Northeast.

Propane
The propane market was thrown into chaos last year. Supplies were low going into the winter thanks to high demand for use in drying crops. Then the Midwest, where propane use is most prevalent, got socked by the cold, boosting demand even further.

The Energy Department says supplies going into this winter are higher than at any time since at least 1993 and demand is expected to be lower. That will lead to an average price of $1.99 per gallon in the Midwest, down 24 percent from last year’s record average of $2.61.